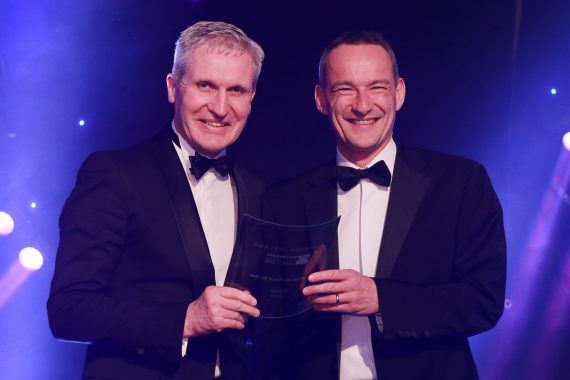 Tughans has celebrated success at Insider’s Northern Ireland Dealmakers Awards 2017 by claiming the title ‘Corporate Law Firm of the Year’ for the second year running.

Tughans corporate team led by John-George Willis received the highest score from the voting heads of corporate finance to win the coveted title. The accolade acknowledges a plethora of our stand-out deals including the acquisition of Delta Print and Packaging by Huhtamaki Finance, the sale of Path XL, the TruCorp Management buyout and the multi-million pound Randox Healthcare sponsorship with the Jockey Club.

The Insider Northern Ireland Dealmaker Awards recognise the region’s top corporate finance professionals, funders and lawyers. Shortlists for each category are drawn up by an independent judging panel and based on votes cast by business professionals.

Patrick Brown, Managing Partner, Tughans, “We are delighted to win this prestigious award for the second year which comes on the back of us being named top of the Experian Deal and Advisors League Table 2016 also for the second consecutive year. The last year has been particularly strong for the firm having advised in 31% of all M&A transactions in Northern Ireland representing 62% of the total gross deal value.

“Whilst our largest deal last year was the sale of local company Delta Print and Packaging to Huhtamaki for £80 million we were delighted to see one our other deals win the category ‘Deal of the Year’ for deals below £10 million – the management buyout of Queen’s University spin-out company TruCorp. These accolades highlight the dedication and professionalism of our team demonstrating the value of the strategic advice given to our clients to complete landmark deals.”