What is a Family Investment Company?

Dismissal for refusing to wear a face-covering – fair or unfair?

Real Estate – Where to next? Looking ahead to 2021 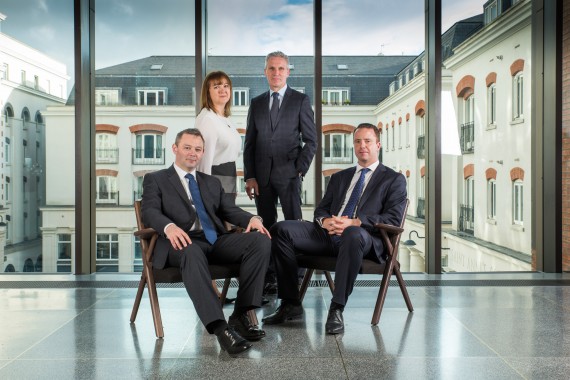 Activity in the Northern Ireland mergers and acquisition (M&A) market will continue to pick up pace in the years ahead in light of attractive valuations, the emergence of private equity and overseas investors, as well as a thirst from local companies for injections of cash.

Those are the views of seasoned corporate lawyer John-George Willis from Belfast-based legal firm Tughans, who said the marked ramp up in deal value so far this year is the start of a longer-term uptrend.

He backed up the findings from the latest Experian M&A report which showed a 135% increase in deal value in the first nine months of the year, something which is reflected in the activity of the Tughans corporate transaction team.

While a good chunk of that was taken up by the sale of Northern Ireland’s largest company Moy Park to JLS, there is a growing appetite to deal.

That’s helped in large part by the good value which investors can find on these shores.

“It’s clear from our attendance at corporate finance conferences in England that valuations have been depressed here for years,” John-George said. “That’s a result of the fact we’re remote, our historical baggage etc but inevitably we’re starting to catch up in particular sectors such as IT, transport and in aggregate manufacturing equipment manufacturing.”

That catch up has been witnessed in some of the recent transactions which have taken place where higher valuations than expected have been achieved.

He points to the purchase of Lurgan company Sawyers Transport by US firm Agro Merchants, the investment in Total Mobile by Lyceum Capital and in particular to the floatation of IT company Kainos.

But while they’re on the rise, valuations are still low compared to the rest of the UK, as witnessed by the Kainos flotation.

Since launching on the stock market at around £1.75-a-share at the start of the summer, Kainos shares have since rallied to over £2.46.

But there are other factors which point toward to an uptick in deal activity in the near future, not least the entrance into the island of Ireland of the large private equity houses, both European and from the US, such as Carlyle Group, Oaktree and their ilk.

“The private equity houses are looking at good businesses here and backing good management,” John-George said. “What they’re looking for are businesses with maintainable profits and good management teams, ones they can build businesses around, that they know are competent enough to manage bolt ons.”

In addition, M&A activity is being driven by the need for businesses here to achieve a bigger scale in order to remain competitive on the global stage.

The sector which has streaked ahead in that activity is IT, but others are expected to follow suit, tapping up private equity houses for funding – some of which still can’t be tapped from banks – as well as knowledge and direction, John-George said.

“The old mind-set in Northern Ireland which was sceptical of outside investment is dissipating and there is much more maturity in businesses here who understand the benefits it can bring.”

Finally, foreign direct investment from competitor companies is likely to ramp up in the years ahead, again helping drive the deal sector.

“If you take a look at the market, we already have Brazilian ownership in Northern Ireland and it’s only a matter of time before Chinese buyers emerge. We are aware of a particular Chinese food conglomerate looking for investment opportunities in the food sector in Northern Ireland.

Armed with those driving factors, the future looks bright for the Northern Ireland corporate transaction world.

“I am confident we will see a steady uptrend in deal activity,” John George said. “The proof of the pudding is that I can see the large accountancy firms here rebadging very good insolvency practitioners as corporate financiers, and that encourages me to invest in my own people.”

While great care has been taken in the preparation of the content of this article, it does not purport to be a comprehensive statement of the relevant law and full professional advice should be taken before any action is taken in reliance on any item covered.